by Kilbourne / New World On Fire 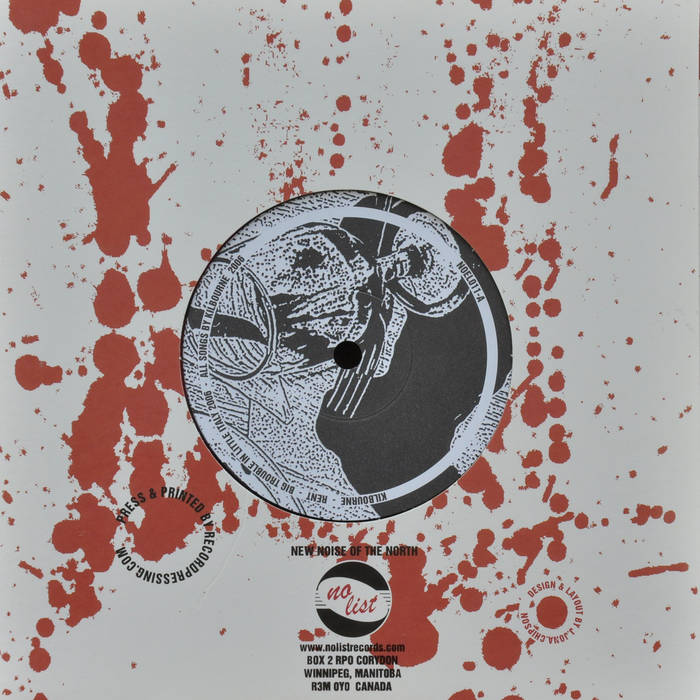 2 raw rippers from Calgary's Kilbourne and 3 decapitators from New World on Fire (BC) on red splatter vinyl.
Released barely on time for their summer tour of 2006.