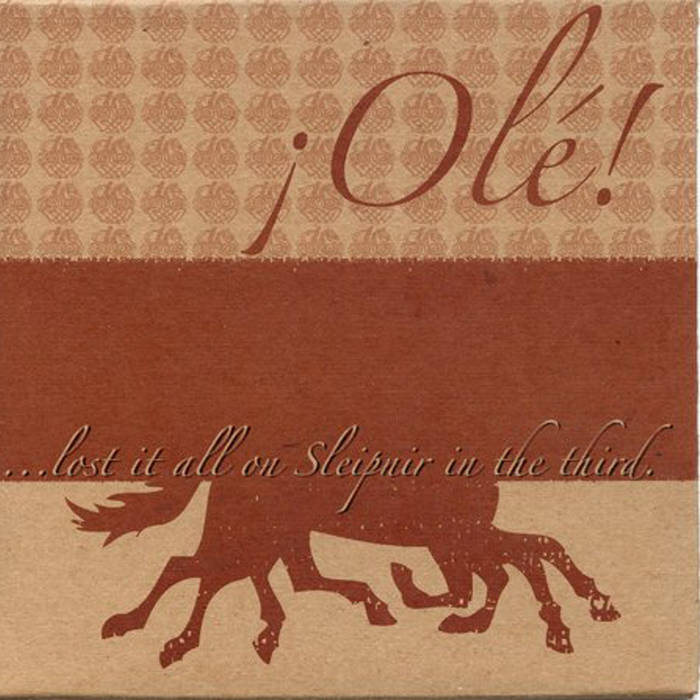 Lost It All On Sleipnir in the Third by Canadian four-piece Ole is anything but an enthralling musical endeavor in hardcore thrash metal. The overly distorted guitars are annoying and fuzzy sounding, even for metal, and I could not tell if there was a bass in the mix until the last track. The screaming vocals are grating—it often feels like a few sung vocals are in order. The one redeeming feature off this album is the introductions to the songs, which are charged with pulsing energy. Despite the great set up, though, the four mercifully short songs on this 7" fail to live up to expectations. Thrash metal isn't the first thing on my play list, but I do have an appreciation for the good stuff, and this is definitely not it.
—Ali Fulmyk, The Uniter, Winnipeg
1.5/5