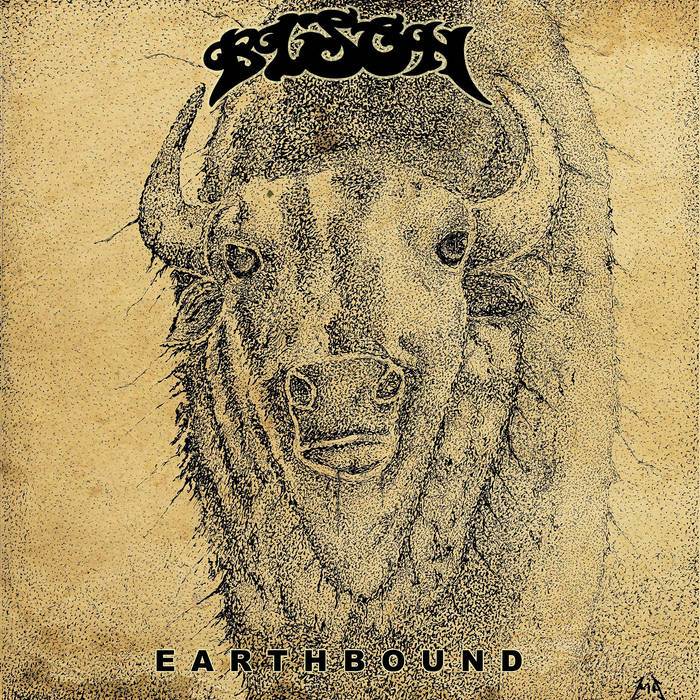 ebeastmaster CD fuckin rips. Got delivered in a timely fashion. Unreal customer service. Still one of my favorite bands to date. Pure awesome

Not RomanPort These days Bison seems to have disappeared off the face of the earth. But about a decade ago, I got to these fellas live, and the experience was nothing short of exquisite. It's good to see this album back in print, even if it is just a couple hundred copies. I never bought a copy at that show, because I was 16 and broke. Sure, my friend who did buy a CD put the songs on my ipod, but it's just not the same. Now I have a second chance at it and am happy for the opportunity. Favorite track: Wartime.

Katimavik86 These guys can do no wrong.

Bryan Crowell Mastodon who???? This is the best fucking band on earth! If kill em all Metallica, Black Sabbath and black flag had a baby...it would be BISON

"While the band certainly became heavier and slightly more progressive with the following two albums “Quiet Earth” and “Dark Ages,” the fact remains the same: “Earthbound” is a beast. Tracks like “Stokasaurus” deliver a knockout punch right out of the gate with its low end tones and aggressive riffing. Unconventional strum patterns also add to the chaos and really make you miss the welcoming brutality of a mosh pit. “Wartime” is yet another speedy, thick, and technical Bison track that is phenomenal in both its atmosphere and just overall metal mastery. Not only are those songs insanely heavy, but melody and Bison are also two things that go hand in hand. But not in the same way that other metal bands combine melody into their sound. “The Curse” is an awesome example of Bison’s injection of melody into the song’s filthy rock riffing and ever so slight clean vocal style. When all is said and done, every song on “Earthbound” is fantastic.

While “Earthbound” has been sold out for a while now, and only 1100 copies of the record were ever printed, it is available online and is well worth the purchase. From end to end this debut album features some of the most abrasive, sludgy heavy metal out there and is highly recommended for anyone looking for a modern metal beat down with an old school vibe. It may not be as magical as experiencing it live and in the flesh, but it is damn near close."
-Metal Underground